Speech and language therapy is the process of enabling people to communicate to the best of their ability. Communication involves listening, speaking, reading and writing. Some people use sign language, communication aids or other methods to communicate.

Area of Focus for Assessment Speech and language therapists assess the nature of the client's problem, and then provide treatment, advice and support. Assessment is concerned with determining the extent of the communication problem. This would include formally or informally assessing difficulties in understanding language, using language and/or articulating speech. 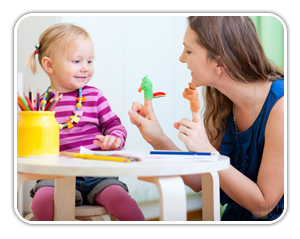 To better understand communication disorders, we need to know how speech is "made" and what language is.

The four actions we use to make speech are: (1) Respiration - it all starts with air from our lungs.
(2) Phonation - air passes our vocal cords or "voice box" and makes the cords vibrate for some sounds.
(3) Articulation - most of the action happens here when the air is changed into different sounds when it passes our lips, teeth, and tongue.
(4) Resonation - when air goes through our nose it helps make 3 different sounds.

Language is divided into 3 different categories. Each category includes one or more parts of language.


(1) Category 1 - Form
• Morphology - the smallest meanings of words (ex. -ing is something happening now, -ed means something happened in the past, etc.)
• Phonology - putting sounds together to make words, the study of speech sounds, sound patterns, and the rules used to create words with those sounds
• Syntax - how we arrange words together to make meaningful sentences, grammar is also part of this subcategory.

(3) Category 3 - Use
Pragmatics - the study of the rules that govern the use of language in social situations. 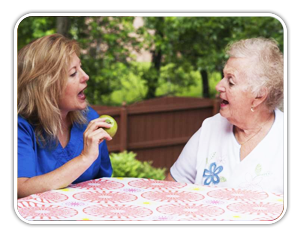 Stuttering, also known as stammering, is a speech disorder in which the flow of speech is disrupted by involuntary repetitions and prolongations of sounds, syllables, words or phrases as well as involuntary silent pauses or blocks in which the person who stutters is unable to produce sounds.

Cluttering (also called tachyphemia or tachyphrasia) is aspeech and communication disorder characterized by a rapid rate of speech, erratic rhythm, and poor syntax or grammar, making speech difficult to understand.

Voice disorders are medical conditions involving abnormal pitch, loudness or quality of the sound produced by the larynx and thereby affecting speech production.

The inability to correctly form the sounds of words

Language delay is when a child's language is developing in the right sequence, but at a slower rate.

Autism, or autism spectrum disorder, refers to a range of conditions characterized by challenges with social skills, repetitive behaviors, speech and nonverbal communication, as well as by unique strengths and differences.

Any of a range of behavioural disorders occurring primarily in children, including such symptoms as poor concentration, hyperactivity, and learning difficulties.

Childhood apraxia of speech (CAS) is an uncommon speech disorder in which a child has difficulty making accurate movements when speaking. In CAS, the brain struggles to develop plans for speech movement.

The brain damage is caused by brain injury or abnormal development of the brain that occurs while a child's brain is still developing — before birth, during birth, or immediately after birth.

Dysarthria is a motor speech disorder resulting from neurological injury of the motor component of the motor-speech system and is characterized by poor articulation of phonemes.

Global Developmental Delay (GDD) is the general term used to describe a condition that occurs during thedevelopmental period of a child between birth and 18 years.

Aphasia is an impairment of language, affecting the production or comprehension of speech and the ability to read or write.

Dysphagia is the medical term used to describe difficulty swallowing.

Oral facial muscle weakness affects the structures of the oral mechanism and surrounding facial muscles that impacts the modalities of speech production.

Laryngectomy is the removal of the larynx and separation of the airway from the mouth, nose and esophagus. ... In a partiallaryngectomy, only a portion of the larynx is removed. Following the procedure, the person breathes through an opening in the neck known as a stoma. Speech after larynx removal is taught.